Bobby Fischer and His World: The Man, the Player, the Riddle, and the Colorful Characters Who Surrounded Him.

Added to wishlistRemoved from wishlist 1
Add to compare
£14.95 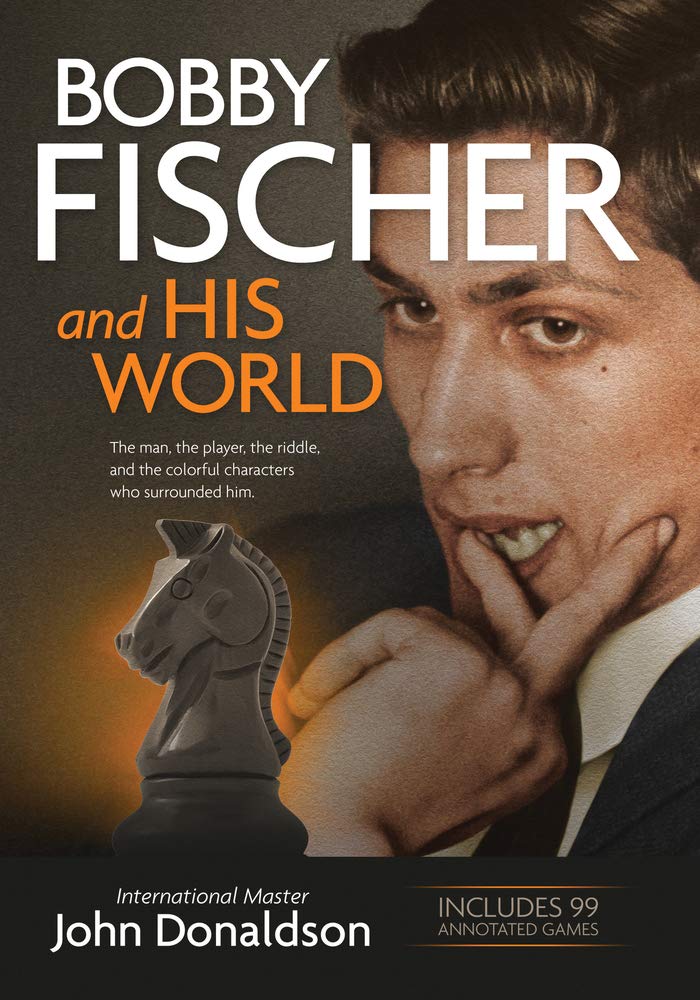 IM Donaldson examines Fischer’s life and career from his days as a child prodigy through the height of his World Championship triumph and into his tumultuous final years. Donaldson’s meticulous research has uncovered previously lost games and a wealth of unknown material about Fischer”€”ranging from his close friendships with players and supporters to his acrimonious relationships with organizers, journalists, lawyers, and publishers.

Bobby Fischer and His World is brought to life through a potpourri of first-hand accounts, interviews, letters, and articles by and about the colorful characters that inhabited Fischer’s world. Unifying this wide-ranging tale are over 100 photos and illustrations and 99 newly annotated games.

This is the story of Fischer the man and the player, shedding new light on the riddle of the most famous chessplayer in history.

International Master John Donaldson is a player, a chess journalist and historian, and a thirteen-time United States World Chess Olympi

Be the first to review “Bobby Fischer and His World: The Man, the Player, the Riddle, and the Colorful Characters Who Surrounded Him.” Cancel reply

Bobby Fischer and His World: The Man, the Player, the Riddle, and the Colorful Characters Who Surrounded Him.