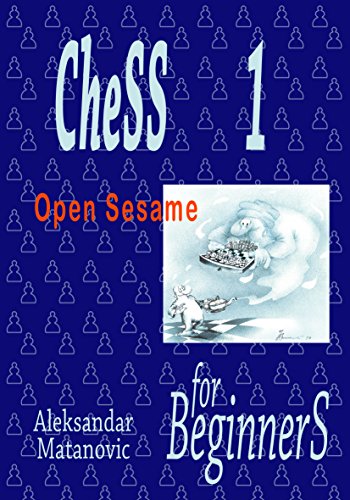 Aleksandar Matanović (born May 23, 1930) is a Serbian chess Grandmaster. He is the author of leading chess encyclopedias and Editor-in-Chief of Chess Informant.
He is one of few living players in the world with Morphy Number 3.
Awarded the GM title in 1955, Matanović was junior champion of Yugoslavia in 1948 and Yugoslav national champion in 1962, 1969 and 1978 (he took second place in 1951, 1956, 1959 and 1967).
His main tournament results include second place at the Vrnjacka Banja zonal tournament 1967, first place at Opatija 1953, second at Belgrade 1954, first at Hamburg 1955, first at Beverwijk 1957, tied for first at Buenos Aires 1961, first at Zevenaar 1961 and second at Jerusalem 1964.
From 1990. to 1994. Matanović was the first vice president of FIDE.
He is the author of Encyclopedia of Chess Openings (five volumes), and Encyclopedia of Chess Endings (five volumes), Chess Informant.
Content of this volume: Chess rules, Chess Notation, Method of movement, Tests, Check, Checkmate, Stalemate, Chess sayings, Brief History of Chess

Be the first to review “Chess for Beginners I: Open Sesame (Chess school Book 1)” Cancel reply