Added to wishlistRemoved from wishlist 0
Add to compare
£6.99 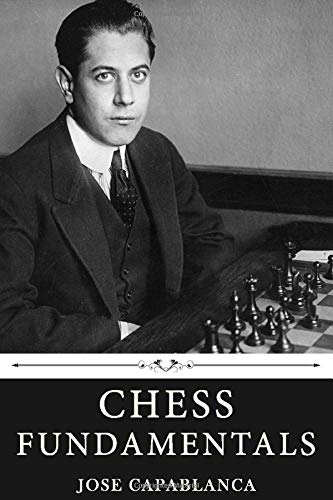 “In chess the tactics may change but the strategic fundamental principles are always the same, so that Chess Fundamentals is as good now as it was thirteen years ago. It will be as good a hundred years from now; as long in fact as the laws and rules of the game remain what they are at present. The reader may therefore go over the contents of the book with the assurance that there is in it everything he needs, and that there is nothing to be added and nothing to be changed. Chess Fundamentals was the one standard work of its kind thirteen years ago and the author firmly believes that it is the one standard work of its kind now.” -Jose Raul Capablanca ; Preface to Chess Fundamentals

José Raúl Capablanca y Graupera (1888-1942) was a Cuban chess player who was world chess champion from 1921 to 1927. A chess prodigy, he is considered by many as one of the greatest players of all time, widely renowned for his exceptional endgame skill and speed of play.

He wrote several chess books during his career, of which Chess Fundamentals (1921) was regarded by Mikhail Botvinnik as the best chess book ever written.

His style of chess and his writings were influential in the play of future world champions Bobby Fischer and Anatoly Karpov.

A Must Read for All Chess Players from Beginner to Grandmaster!