Chess Improvement: It’s all in the mindset 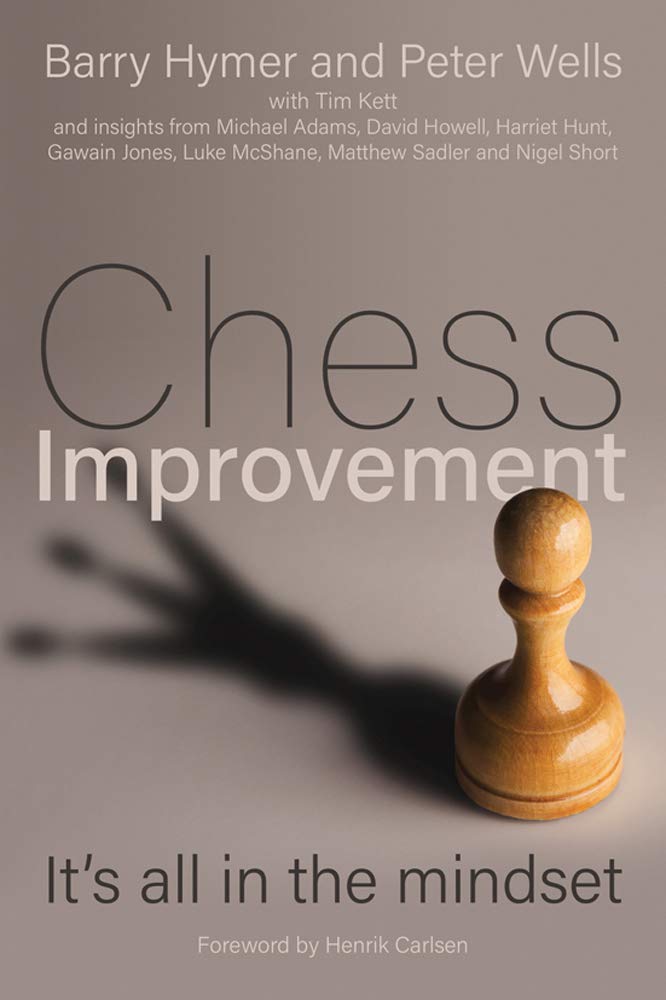 Written by Barry Hymer and Peter Wells, Chess Improvement: It’s all in the mindset is an engaging and instructive guide that sets out how the application of growth mindset principles can accelerate chess improvement.

Twenty-first-century knowledge about skills development and expertise requires us to keep such mystical notions as fixed talent in perspective, and to emphasise instead the dynamic and malleable nature of these concepts.

Nowhere is this more apparent than in chess, where many gifted players fall prey to plausible but self-defeating beliefs and practices-and thereby fail to achieve the levels their natural abilities predicted. Happily, however, the reverse can be true too; through learned dispositions such as grit, risk-taking, strategic thinking and a capacity for sheer hard work, players of apparently modest abilities can achieve impressive results.

Blending theory, practice and the distinct but complementary skills of two authors-one an academic (and amateur chess player) and the other a highly regarded England Chess Olympiad coach (and grandmaster)-Chess Improvement is an invaluable resource for any aspirational chess player or coach/parent of a chess player.

Barry and Peter draw on interviews conducted with members of England’s medal-winning elite squad of players and provide a template for chess improvement rooted in the practical wisdom of experienced chess players and coaches.

They also include practical illustrative descriptions from the games and chess careers of both developing and leading players, and pull together themes and suggestions in a way which encourages readers to create their own trajectories for chess improvement.

Be the first to review “Chess Improvement: It’s all in the mindset” Cancel reply

Chess Improvement: It’s all in the mindset