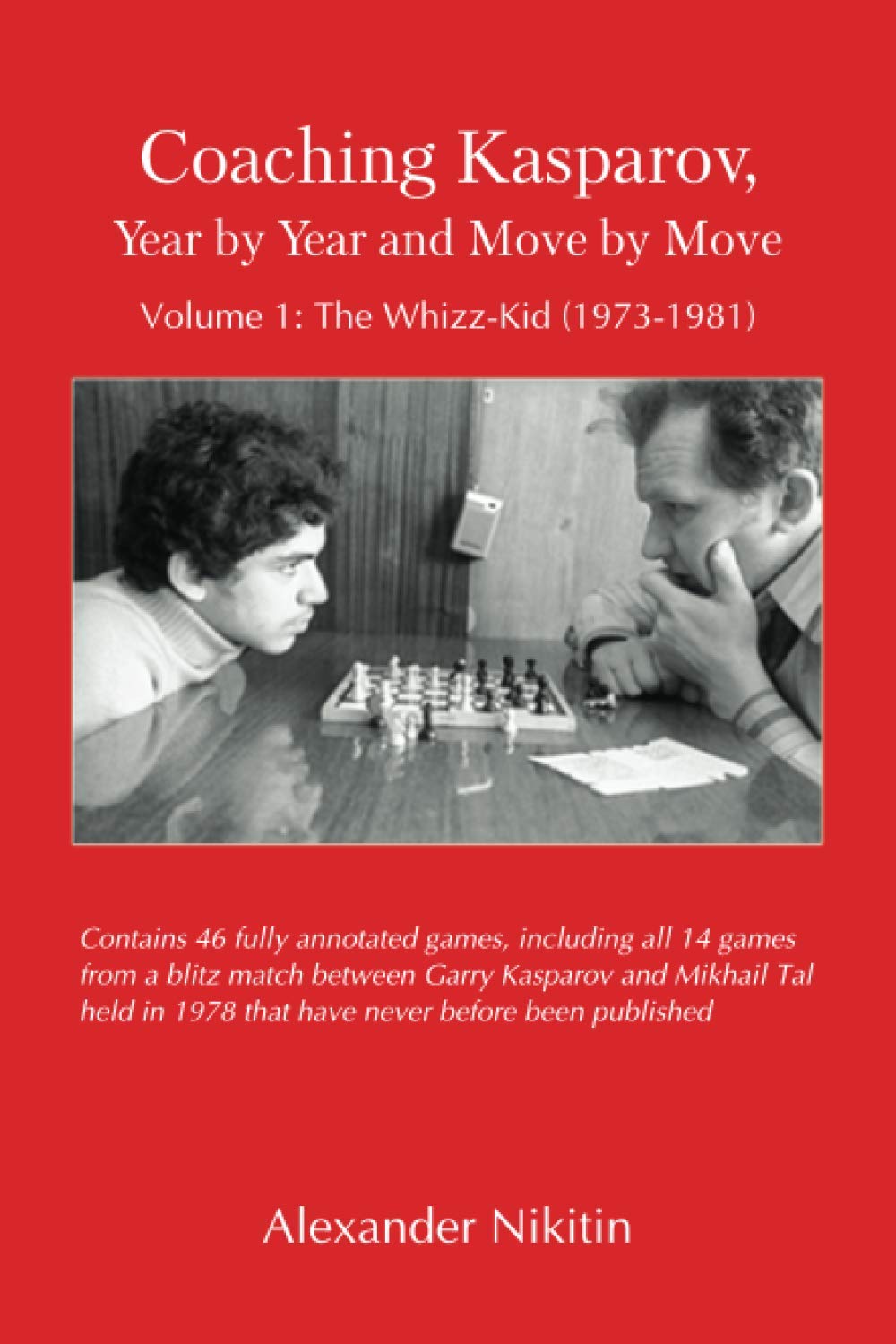 In Coaching Kasparov, Year by Year and Move by Move Garry Kasparov’s long-term coach, second and mentor Alexander Nikitin tells the story of how he trained Kasparov from a brilliant but raw junior into becoming and then remaining the world champion. Volume I, the present work, covers the period 1973-1981, until Kasparov reached the age of 18. The author goes to great lengths to describe his educational approach during the early period to raise Kasparov’s theoretical knowledge and practical performance, covering both play and psychological training.
In Nikitin’s blow-by-blow tournament accounts he describes how he handled various unexpected situations to get the best out of Kasparov with detailed recipes. His numerous insights will be of great interest to today’s chess coaches who wish to take a comprehensive approach to improving their pupils’ performances.
The present volume contains 46 games fully annotated by Nikitin, including all 14 games of a blitz match played between the 15-year old Kasparov and ex-world champion Mikhail Tal on 26 December 1978 in Tbilisi that have never before been published and which are provided specially for the 2019 edition of this book.
Most of the other games are well known, but Nikitin explains many of Kasparov’s decisions in those games from the point of view of the future world champion’s coach, providing the context of his young pupil’s thought process and mistakes and tracing his progress. He also uses these games to illustrate and expand upon his coaching advice. This makes his commentary quite unique and instructive, of formidable practical use to budding players, coaches and parents.