Added to wishlistRemoved from wishlist 1
Add to compare
£14.95 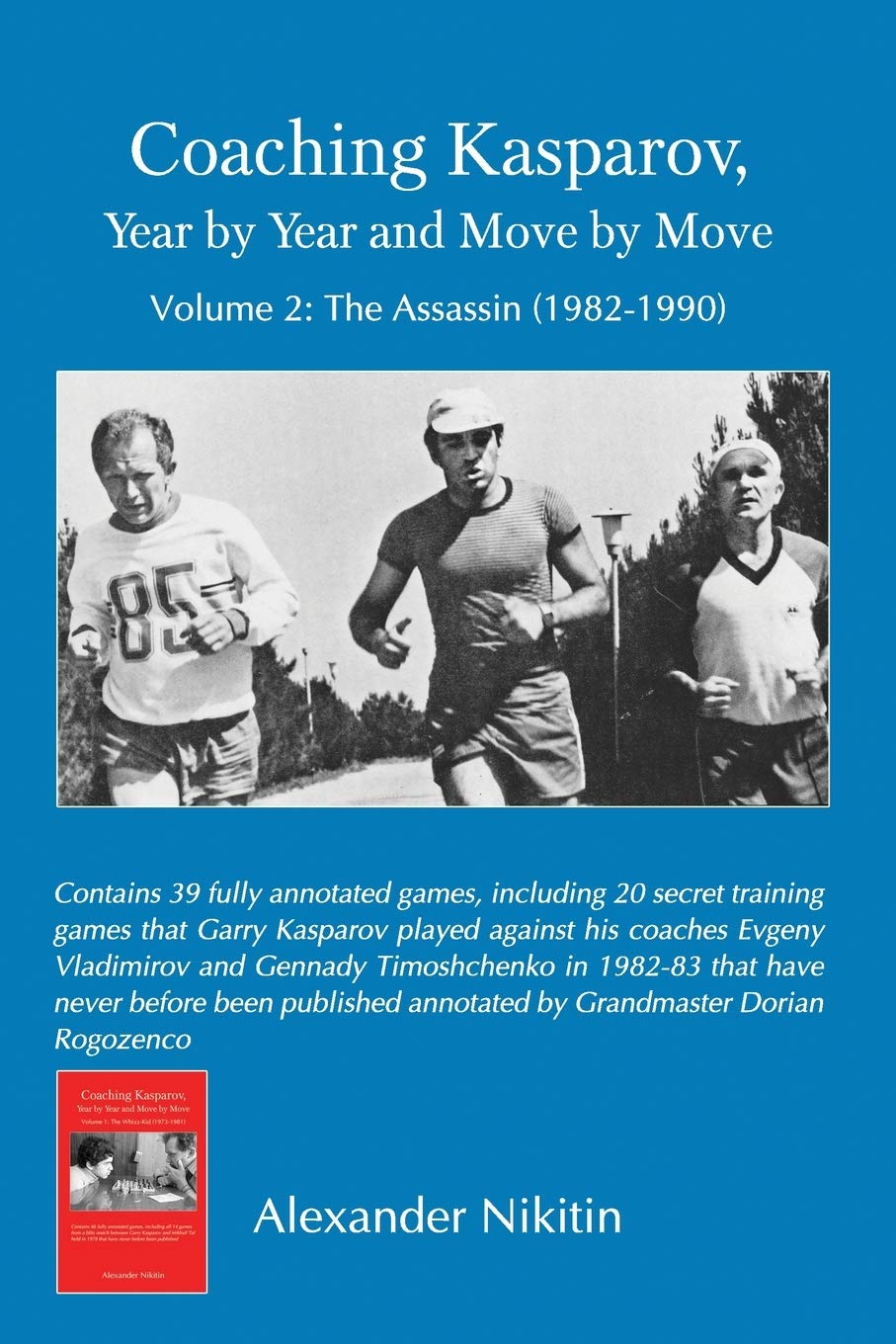 In Coaching Kasparov, Year by Year and Move by Move Garry Kasparov’s long-term coach, second and mentor Alexander Nikitin tells the story of how he trained Kasparov from a brilliant but raw junior into becoming and then remaining the world champion. Volume II, the present work, covers the period 1982-1990, including the first four world championship matches against Karpov and the candidates matches against Smyslov, Korchnoi and Beliavsky.
The present volume contains 39 fully annotated games. These include 20 secret training games that Kasparov played against his grandmaster coaches Evgeny Vladimirov and Gennady Timoshchenko in 1982-83 that have never before been published and which are annotated by Grandmaster Dorian Rogozenco, national coach of the German Chess Federation and captain of the German national team. These games are provided by the Kasparov family specially for the 2020 edition of this book. The reader has a unique opportunity to gain an insight into Kasparov‘s secret preparation in those years, which were a new starting point in his career: he had to adjust his openings. Rogozenco is a big expert on Kasparov’s games, having helped FIDE World Champion Ruslan Ponomariov prepare for his planned match against Kasparov in 2003.
Kasparov’s legendary opening repertoire, which was to define trends in chess theory for decades, was created not just through deep analysis, but also via training games. The never previously published material in this book consists of 16 games with classical time control and 4 rapid thematic games. Testing the Catalan for the first time with white, searching for ideas in the King’s Indian with black, preparing the Queen’s Gambit with both colors, playing typical Sicilian positions and trying new openings (for instance the Tarrasch as the big surprise for his candidates match versus Beliavsky) – all this can be found in these games.
Further, the time records on most of Kasparov’s original scoresheets (all of them pictured in this book) show that Kasparov and his coaches paid serious attention to such an important training aspect as the distribution of time during the game.
From intuitive positional sacrifices to precisely calculated combinations and instructive play in typical pawn structures – the training games provide a lot of interesting material for both players and coaches.
The other games, annotated by Nikitin, are well known, but Nikitin explains many of Kasparov’s decisions in those games from the point of view of the world champion’s coach, providing the context of his pupil’s thought process and mistakes and tracing his progress as they together gradually out-thought Korchnoi and then Karpov. He also uses these games to illustrate and expand upon his coaching advice. His many insights include the preparation of the “cross-fire” strategy (playing the same opening against the same opponent with both colors) and a systematic approach to maintaining time discipline during games based on chronometric analysis. This makes his commentary quite unique and instructive, of formidable practical use to budding players, coaches and parents.

Be the first to review “Coaching Kasparov, Year by Year and Move by Move, Volume II: The Assassin (1982-1990)” Cancel reply