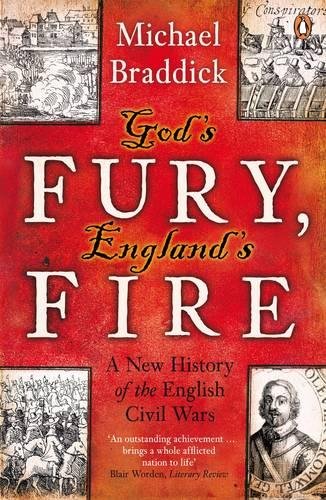 The sequence of civil wars that ripped England apart in the seventeenth century was one of the most devastating conflicts in its history. It destroyed families and towns, ravaged the population and led many, both supporters of Charles I and his opponents, to believe that England’s people were being punished by a vengeful God.

This masterly new history illuminates what it was like to live through a time of terrifying violence, religious fervour and radical politics. Michael Braddick describes how pamphleteers, armies, iconoclasts, witch-hunters, Levellers, protestors and petitioners were all mobilized in the chaos, as they fought over new ways to imagine their world.

Be the first to review “God’s Fury, England’s Fire: A New History of the English Civil Wars” Cancel reply