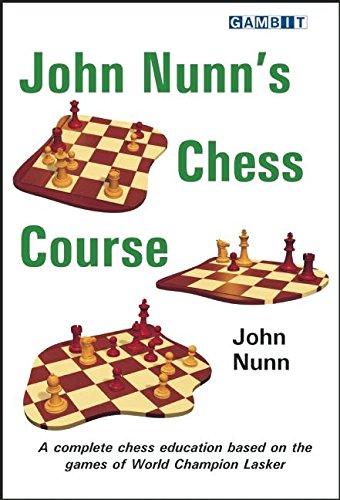 Following on from his successful books Understanding Chess Endgames and Understanding Chess Middlegames, John Nunn fleshes out the theory by showing how World Champion Emanuel Lasker handled a wide variety of practical situations. We see how Lasker’s play, which his opponents found so unfathomable, was based on logic, extreme pragmatism and a deep understanding of how chess-players think.
– Covers topics not usually considered, such as queenless middlegames and manoeuvring
– Dissects strategic issues including piece activity, pawn-structure and bishop vs knight
– Looks at psychological aspects of chess, such as choosing lines which are most uncomfortable for the opponent
– Discusses how to handle inferior positions
– Explanations focus on general ideas rather than detailed analysis
– Features more than 100 of the most instructive examples from Lasker’s career
– Concludes with a selection of exercises, with full commentary and explanation Emanuel Lasker from Germany – chess player, mathematician and philosopher – held the world title for 27 years, longer than any other champion. His victories against many of the all-time greats were based on an ahead-of-his-time understanding and had a subtle but profound influence on modern chess thinking.