Added to wishlistRemoved from wishlist 0
Add to compare
£16.99 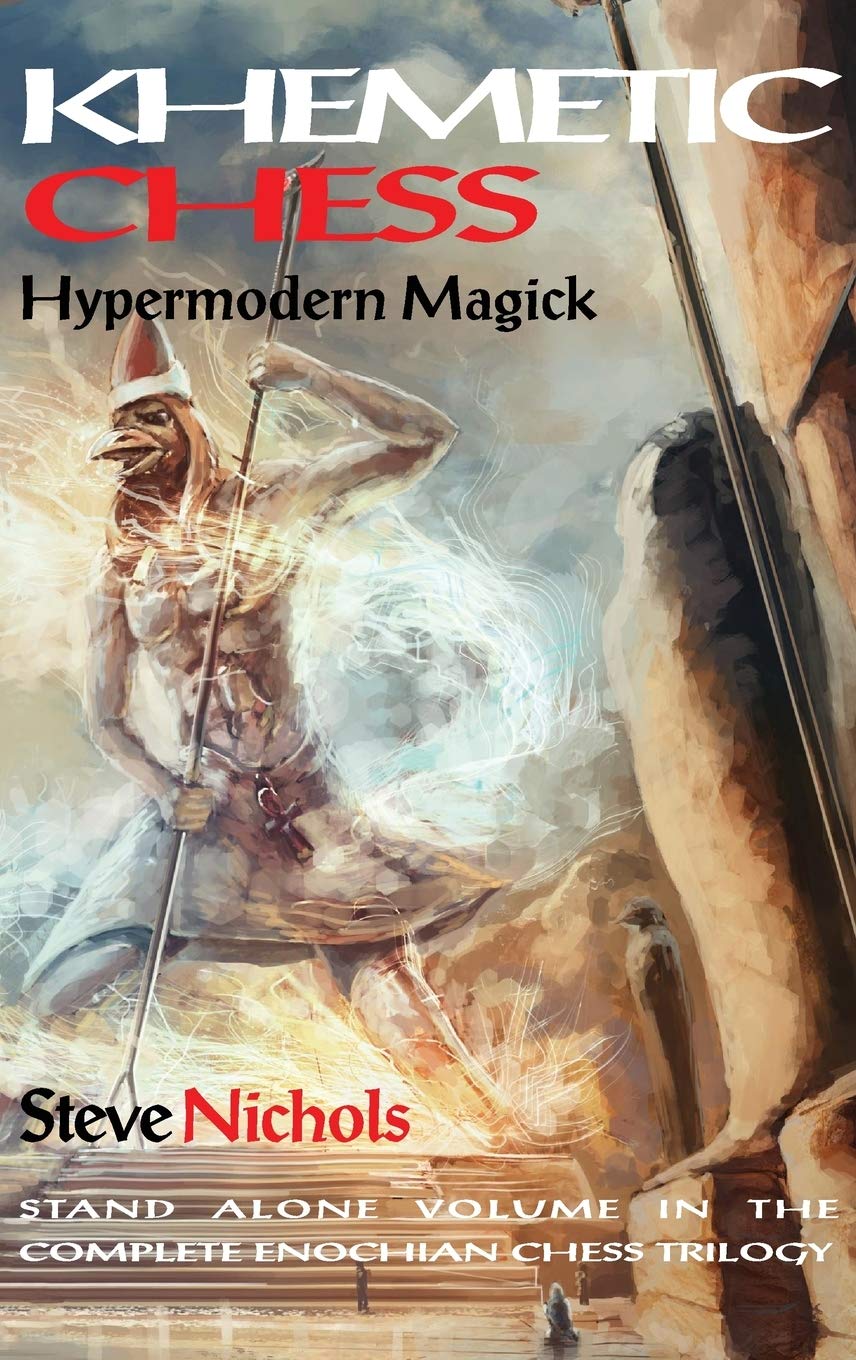 Khemetic Chess (aka Hypermodern Magick) is a stand-alone book that outlines my theory of magick, and sheds light on ‘active divinatory’ Enochian Chess. Exploring the 64 (8×8) paradigm, it looks at both historical and recent Enochian Chess variants. Aleister Crowley features prominently; and I look at strong Khemetic strands in Thelema such as the Crowning of Horus. It also encompasses Tantra, and Tsakli pieces (moveable shrines) for “No Self” Enochian Chess.
This book explains how 88 Ptolemaic emblemata gave birth to familiar Christianised tarot designs. These 88 divide into four groups of 22 Atous, and these combine with the Minor Arcanaii of the Four Winds, 56 divination cards for each of the 4 Elements or Chessboards. Four packs of 78 “Tarot of the Four Worlds.”
Khem, ancient Egypt, seems to be the fount of many magickal practices and survivals in diverse cultures. I trace some Khemetic influences on Tibetan Bonpo and Hinduism. Essential components and structure from Kabbalah also seem to begin with the Khemetic game of Zenet, and the Hymn to the Ten Bau of Amen-Ra rather than with such texts as Sepher Yetzirah and Zohar of the Late Medieval Period. Horus, Isis and the other Great Ones of Khem work better under governance of the Tetragrammaton (word with four letters) “AMEN” rather than under the arguably anti-Kemetic, Tetragrammaton YHVH.
Hypermodern Magick explains, continues and augments innovations that began with the literary modernist and psychological experimenter, WB Yeats and continued with political surrealist, Ithell Colquhoun, and Don Kraig (Modern Magick).