Added to wishlistRemoved from wishlist 0
Add to compare
£7.18 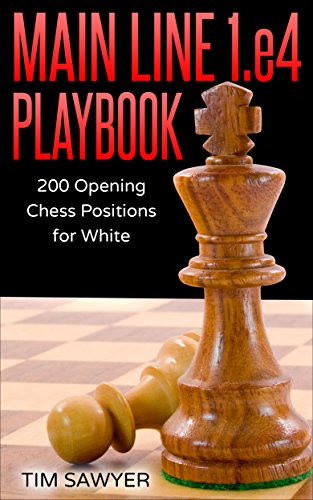 Play 1.e4! Do you need help finding good chess opening moves? Many grandmasters win with a popular 1.e4 repertoire. Every position is selected based on what chess masters usually play, based on what has the highest performance rating, or based on the best chess engine evaluation. Each diagram has occurred in thousands of chess games, but some of the analysis that follows contains original ideas. This reliable opening for White with 1.e4 is proportioned according to how often you are likely to see each defense. Since Sicilian Defence is played by Black 40% of the time, the Sicilian is given 40% of the book coverage. Some other openings include Ruy Lopez, French Defence, Caro-Kann Defence, Alekhine Defence, Pirc, Scandinavian, and others.
This Playbook series tells you what to play. There are 200 key positions based on what Black most often plays. Five moves for White are added below most of the diagrams. That gives you hundreds of moves for your preparation. Tim Sawyer has played the 1.e4 openings as White more than 7000 times, compared to the Blackmar-Diemer Gambit (4000 times), the Queen’s Gambit and London Systems (3000 times). Let Tim guide you. It’s your move in every diagram. Start well and you will win more games. Be prepared!