A History of Chess: From Chaturanga to the Present Day

Added to wishlistRemoved from wishlist 0
Add to compare
£11.43 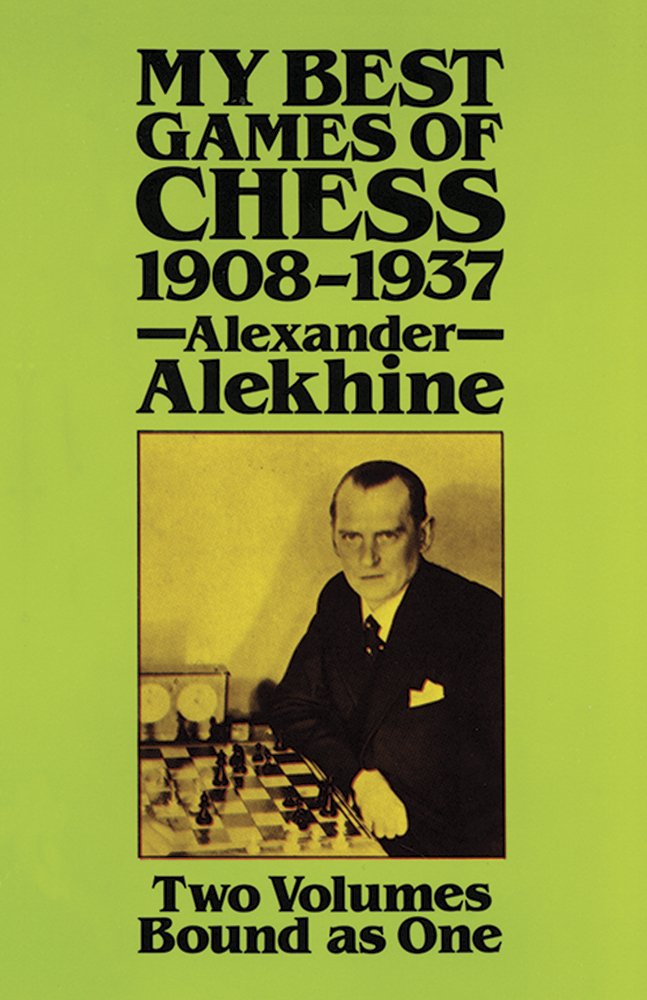 World Champion from 1927-35 and again from 1937-46, Alexander Alekhine ranks as one of the four or five greatest players in chess history. Edward Lasker rates him the game’s supreme inventive genius; Euwe considers him the all-time greatest attacking player. A master of all phases of chess, his games were richly conceived and immensely complex. As Bobby Fischer observes in his writings, “He played gigantic conceptions, full of outrageous and unprecedented ideas.”
This unequaled collection reproduces Alekhine’s 220 best games, his own personal accounts of the dazzling victories that made him a legend. Spanning almost thirty years of tournament play, it includes historic matches against Capablanca, Euwe, and Bogoljubov, and chronicles his brilliant ascent to world mastery, his surprising defeat in 1935, and his dramatic return two years later — the first deposed champion to regain his crown.
Between 1927 and 1936 his successes in tournaments were unsurpassed by any master at any time in the history of chess. At San Remo 1930 and Bled 1931, in competitions that featured many of the world’s greatest players, Alekhine so outdistanced the field that he was indisputably in a class by himself. In a career including some seventy tournaments, he won first prize forty-one times, tying for first on nine occasions. He won or shared second prize fourteen times.
Chess was Alekhine’s life; he lived for it alone. And although the final chapter of his career and his life were tragic, his achievements at the chessboard rank him as one of the game’s true artists. Filled with Alekhine’s own penetrating commentary on strategy and tactics, and enhanced by a revealing memoir, My Best Games is grandmaster chess at its most sublime. This volume belongs in the library of every serious student of the game.