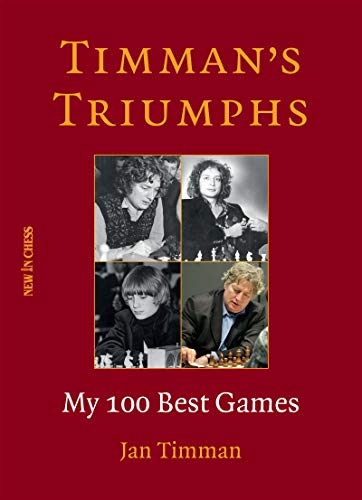 Jan Timman is one of the greatest chess players never to win the world title. For many years ‘the Best of the West’ belonged to the chess elite, collecting quite a few super tournament victories. Three times Timman was a Candidate for the World Championship and his peak in the world rankings was second place, in 1982.

For this definitive collection, Timman has revisited his career and subjected his finest efforts to fresh analysis supported by modern technology. The result is startling and fascinating. From the games that he chose for his Timman’s Selected Games (1994, also published as Chess the Adventurous Way), only 10(!) made the cut. Some games that he had been proud of turned out to be flawed, others that he remembered as messy were actually well played.

Be the first to review “Timman’s Triumphs: My 100 Best Games” Cancel reply